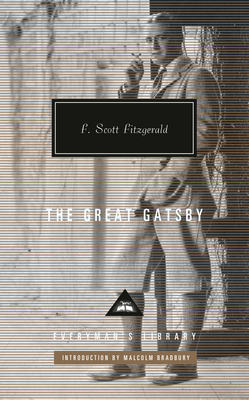 By F. Scott Fitzgerald, Malcolm Bradbury (Introduction by)
$22.00
Email orders@greenlightbookstore.com for information about this item.

For generations of enthralled readers, F. Scott Fitzgerald's mysterious millionaire, Jay Gatsby, has come to embody all the glamour and decadence of the Roaring Twenties. Gatsby emerges as if from nowhere, evading questions about his past and throwing dazzling parties sparkling with champagne and jazz at his luxurious Long Island mansion. Nick Carraway, a young man who has moved in next door, is fascinated by his oddly detached neighbor, and by his discovery that Gatsby is motivated by a single-minded quest to regain his long-lost love, Daisy Buchanan. Nick finds something both appalling and appealing about the intensity of Gatsby's ambition to reinvent himself. But Daisy and her wealthy husband are cynical and careless people, and as Gatsby's dream collides with reality, Nick is witness to the violence and tragedy that result. The Great Gatsby's remarkable staying power, nearly a century after its publication, is owed both to the lyrical freshness of its storytelling and to the way that it illuminates the hollow core of the glittering American dream.

F. Scott Fitzgerald was considered the quintessential author of the Jazz Age. Born in St. Paul, Minnesota, in 1896, Fitzgerald attended Princeton University, where he began to write seriously. After joining the U.S. Army in 1917, Fitzgerald met Zelda Sayre, whom he later married. In 1920, Fitzgerald's first novel, This Side of Paradise, transformed Fitzgerald overnight into a literary sensation. The Great Gatsby followed in 1925, although it was not as popular at the time as his second novel, The Beautiful and the Damned. Fitzgerald died in 1940 of a heart attack. He was forty-four years old.