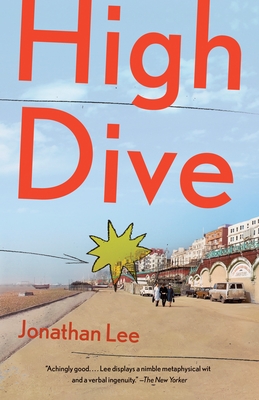 By Jonathan Lee
$16.00
On Our Shelves Now (while supplies last)

In the fall of 1984, the Grand Hotel in the seaside town of Brighton, England, became ground zero for the attempted assassination of Margaret Thatcher. Nimbly weaving together fact and fiction, comedy and tragedy, here Jonathan Lee vividly reimagines those fateful days from the perspectives of three unforgettable characters—a young IRA bomb maker, the deputy hotel manager, and his teenage daughter—whose lives will be changed forever by the Prime Minister’s visit.

Jonathan Lee is a British writer living in Brooklyn. High Dive is his first novel to be published in the United States.

“Astonishingly well executed. . . . a beautifully realized novel about the intertwining of loyalty, family, ambition and politics.” —The Washington Post

“Vibrantly cinematic. . . . It takes a monk’s restraint not to flip to the very end of the book before you get there. . . . There’s great range and compassion and high-definition imagery in Mr. Lee’s writing.” —The New York Times

“Hauntingly atmospheric. . . . Lee is quite brilliant at excavating the disappointment of characters constantly chasing lost opportunities.” —The Guardian

“A tender story about the hopes and flaws of ordinary people made extraordinary by events.” —The New York Times Book Review