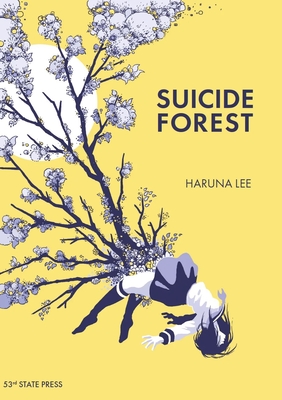 Written to be performed by a Japanese heritage cast, Suicide Forest is a bilingual play that breaks through the silence and submissiveness often associated with Japanese and Japanese American identity, exploring questions of emotional, psychic and social suicide through the playwright's lived stories and inner landscape.

Kristine Haruna Lee was born in Hong Kong, raised between Tokyo and Seattle, and now lives in Brooklyn NY. She is a founding member of harunalee theater company. Recent plays include Dog Gone Day, Suicide Forest and War Lesbian. Her work has been presented and developed with harunalee at Bushwick Starr, La MaMa Club, Prelude Festival, Ars Nova, York College, New Dramatists, JACK, Asian American Writer's Workshop, and has held residencies and commissions with Brooklyn Arts Exchange and Dixon Place. harunalee will be in residence at Ars Nova starting in 2017 for the next year. They have been supported by The Mental Insight Foundation, LMCC, and The Indie Theater Fund. She is a recipient of the New Dramatists Van Lier Fellowship, a member of the New Georges Jam, and Interstate 73. Selected performing credits include: Futurity (Lortel Award 2016), The Offending Gesture (The Tank), War Lesbian (Dixon Place), Great Lakes (Obie 2015), The Lily's Revenge (Obie 2010), and the E.P. release of Another World with Antony and the Johnsons. She has taught at NYU and York College. BFA NYU Tisch, MFA Brooklyn College.