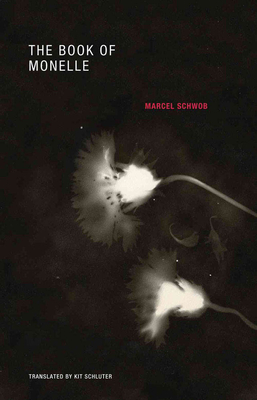 When Marcel Schwob published The Book of Monelle in French in 1894, it immediately became the unofficial bible of the French Symbolist movement, admired by such contemporaries as St phane Mallarm , Alfred Jarry and Andr Gide. A carefully woven assemblage of legends, aphorisms, fairy tales and nihilistic philosophy, it remains a deeply enigmatic and haunting work more than a century later, a gathering of literary and personal ruins written in a style that evokes both the Brothers Grimm and Friedrich Nietzsche. The Book of Monelle was the result of Schwob's intense emotional suffering over the loss of his love, a "girl of the streets" named Louise, whom he had befriended in 1891 and who succumbed to tuberculosis two years later. Transforming her into the innocent prophet of destruction, Monelle, Schwob tells the stories of her various sisters: girls succumbing to disillusionment, caught between the misleading world of childlike fantasy and the bitter world of reality. This new translation reintroduces a true fin-de-si cle masterpiece into English. A secret influence on generations of writers, from Guillaume Apollinaire and Jorge Luis Borges to Roberto Bola o, Marcel Schwob (1867-1905) was as versed in the street slang of medieval thieves as he was in the poetry of Walt Whitman (whom he translated into French). Paul Val ry and Alfred Jarry both dedicated their first books to him, and he was the uncle of Surrealist photographer Claude Cahun.