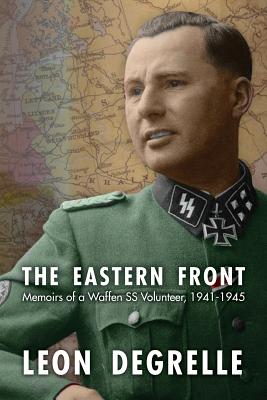 By Leon Degrelle
Click on "Ask A Bookseller" to contact us via email for more information about this title.

A gripping first-person memoir of soldierly sacrifice, heroism and fierce combat against numerically superior Soviet forces during World War II, by a charismatic Belgian writer and politician turned Waffen SS front-line infantryman. In a laudatory review appearing in an official US Army Department magazine, US Army Brigadier General John C. Bahnsen wrote: "The pace of the writing is fast; the action is graphic, and a warrior can learn things from reading this book. I recommend its reading by students of the art of war. It is well worth the price." Here is the epic story of the Walloon Legion, a volunteer Belgian unit of the World War II pan-European SS force, as told by the legendary figure whose unmatched frontline combat experience and literary talent made him the premier spokesman for his fallen comrades. Captures the grit, the terror and the glory of Europe's crusade against Communism in absorbing prose. Includes fascinating first-person descriptions of Hitler, Himmler and other Third Reich personalities. Degrelle vividly describes how he and his comrades endured danger, privation and torrents of shot and shell -- on the sun-baked steppes of Ukraine, at the foothills of the Caucasus, in the depths of bone-chilling winter, through the stinking mud and the flaming hell of Cherkassy, and across the rolling plains of Estonia and the Pomeranian lake country. You'll learn what moved the 35-year-old Degrelle -- a brilliant intellectual and his country's most colorful political leader -- to enlist as a private in the volunteer legion he himself organized to join with Third Reich Germany and its allies in their titanic fight against the Bolshevik enemy.