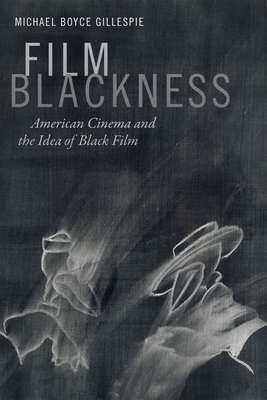 By Michael Boyce Gillespie
$25.95
Available at our distributor; usually ships in 1-5 days

In Film Blackness Michael Boyce Gillespie shifts the ways we think about black film, treating it not as a category, a genre, or strictly a representation of the black experience but as a visual negotiation between film as art and the discursivity of race. Gillespie challenges expectations that black film can or should represent the reality of black life or provide answers to social problems. Instead, he frames black film alongside literature, music, art, photography, and new media, treating it as an interdisciplinary form that enacts black visual and expressive culture. Gillespie discusses the racial grotesque in Ralph Bakshi's Coonskin (1975), black performativity in Wendell B. Harris Jr.'s Chameleon Street (1989), blackness and noir in Bill Duke's Deep Cover (1992), and how place and desire impact blackness in Barry Jenkins's Medicine for Melancholy (2008). Considering how each film represents a distinct conception of the relationship between race and cinema, Gillespie recasts the idea of black film and poses new paradigms for genre, narrative, aesthetics, historiography, and intertextuality.

Michael Boyce Gillespie is Associate Professor of Film in the Department of Media and Communication Arts and the Black Studies Program at the City College of New York, City University of New York.