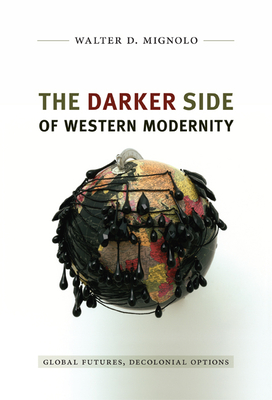 During the Renaissance and the Enlightenment, coloniality emerged as a new structure of power as Europeans colonized the Americas and built on the ideas of Western civilization and modernity as the endpoints of historical time and Europe as the center of the world. Walter D. Mignolo argues that coloniality is the darker side of Western modernity, a complex matrix of power that has been created and controlled by Western men and institutions from the Renaissance, when it was driven by Christian theology, through the late twentieth century and the dictates of neoliberalism. This cycle of coloniality is coming to an end. Two main forces are challenging Western leadership in the early twenty-first century. One of these, "dewesternization," is an irreversible shift to the East in struggles over knowledge, economics, and politics. The second force is "decoloniality." Mignolo explains that decoloniality requires delinking from the colonial matrix of power underlying Western modernity to imagine and build global futures in which human beings and the natural world are no longer exploited in the relentless quest for wealth accumulation.

Walter D. Mignolo is Director of the Institute for Global Studies in Humanities, William H. Wannamaker Professor of Literature and Romance Studies, and Professor of Cultural Anthropology at Duke University. He is the author of The Idea of Latin America; Local Histories/Global Designs: Coloniality, Subaltern Knowledges, and Border Thinking; and The Darker Side of The Renaissance: Literacy, Territoriality and Colonization and a co-editor of Rereading the Black Legend: The Discourses of Religious and Racial Difference in the Renaissance Empires.