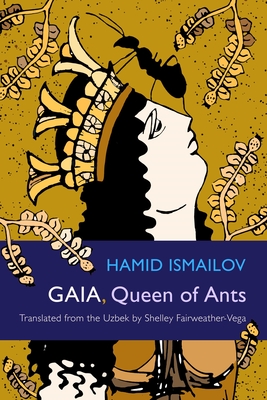 From Uzbek author-in-exile Hamid Ismailov comes a dark new parable of power, corruption, fraud, and deception. Ismailov narrates an intimate clash of civilizations as he follows the lives of three expatriates living in England. Domrul is a young Turk with vague and painful memories of ethnic strife in the Uzbekistan of his childhood. His Irish girlfriend Emer struggles with her own adolescent trauma from growing up in war-torn Bosnia. Domrul is the caretaker for Gaia, the eighty-year-old, powerful wife of a Soviet party boss with a mysterious past.

One of Ismailov's few novels written in Uzbek, Gaia, Queen of Ants offers a rare portrait of a complex and little-known part of the world. A plot centered on political corruption and ethnic conflict is punctuated with Sufi philosophy and religious gullibility. As Ismailov's characters grapple with questions of faith, power, sex, and family, Gaia, Queen of Ants presents a moving tale of universal themes set against a Central Asian backdrop in the twenty-first century.

Hamid Ismailov is an Uzbek novelist and poet who lives in exile in London. He is a journalist and project manager with the BBC World Service. A prolific writer of poetry and prose, Ismailov has been published in Uzbek, Russian, French, German, Turkish, English, and other languages. He is the author of many novels, including The Railway and The Underground. Shelley Fairweather-Vega is a freelance translator in Seattle, Washington. She translates novels, poetry, and short stories for children and adults.