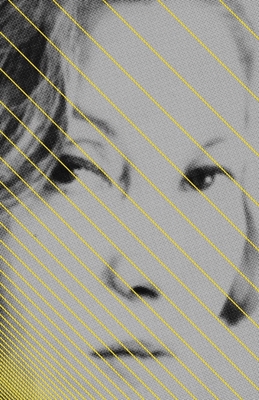 The things I’ve learned from taxi drivers would be enough to fill a book. They know a lot: they really do get around. I may know a lot about Antonioni that they don’t know. Or maybe they do even when they don’t. There are various ways of knowing by not-knowing. I know: it happens to me too.


The crônica, a literary genre peculiar to Brazilian newspapers, allows writers (or even soccer stars) to address a wide readership on any theme they like. Chatty, mystical, intimate, flirtatious, and revelatory, Clarice Lispector’s pieces for the Saturday edition of Rio’s leading paper, the Jornal do Brasil, from 1967 to 1973, take the forms of memories, essays, aphorisms, and serialized stories. Endlessly delightful, her insights make one sit up and think, whether about children or social ills or pets or society women or the business of writing or love. This new, large, and beautifully translated volume, Too Much of Life: The Complete Crônicas presents a new aspect of the great writer—at once off the cuff and spot on.

For her translations of Spanish and Portuguese, Margaret Jull Costa has won the Oxford-Weidenfeld Translation Prize four times as well as the Premio Valle-Inclán, the International Dublin Literary Award, and the 2008 PEN Prize for best translation from any language for The Maias, by Eça de Queirós (New Directions, 2007).

In 1967, Brazil's leading newspaper asked the avant-garde writer Lispector to write a weekly column on any topic she wished. For almost seven years, Lispector showed Brazilian readers just how vast and passionate her interests were… Indeed, these columns should establish her as being among the era's most brilliant essayists. She is masterful, even reminiscent of Montaigne, in her ability to spin the mundane events of life into moments of clarity that reveal greater truths. Superb, wonderfully obsessed with exuberance and what it unlocks and reveals.
— Publishers Weekly

One might have thought that so stern a ‘new novelist’ would scorn the chatty style required. Far from it: she discovered her own extraordinary idiom–intimate, revelatory, mystifactory. This long flirtation with her readers was a triumphant metamorphosis for the avant garde author.
— Lorna Sage - Times Literary Supplement

If she played with the superficial truth, it was in service, she believed, of exposing one deeper, of passing readers a brief-lit lantern for the moonless dark of ourselves, even if that light revealed, sometimes, more contradiction, more chaos, more fluttering soul-storm. Her crônicas muddied demarcations between nonfiction and fiction, resurrecting the oldest question of form: Where does nonfiction truly end and fiction begin, and what do we do with texts where we do not know the answer?
— The Paris Review

Clarice Lispector had a diamond-hard intelligence, a visionary instinct, and a sense of humor that veered from naïf wonder to wicked comedy….She attempts to capture what it is to think our existence as we are in it—in the ‘marvelous scandal,’ as Lispector puts it, of life. An astounding body of work that has no real corollary inside literature or outside it.
— Rachel Kushner - Bookforum

For those unfamiliar with her, this book opens a door into her uniquely challenging and rewarding body of work. Stretching over a decade – and across nearly 800 pages – the pieces, some amounting to a few sentences, some many pages long, make up a self-portrait in bits and pieces. The result is, like Lispector herself, witty, mystical, surreal and profound: a treasure to return to again and again.
— Madoc Cairns - The Guardian

No two columns are alike: strands of dialogue, observed scenes, diaristic entries, life advice, even the author admiring herself in the mirror…Too Much of Life is a huge addition to an already impressive collection of evidence that Lispector could transcribe a guestbook and make it interesting.

[T]his is Clarice Lispector as one-woman chorus and psychic weather forecaster, and the charm, wit and engagement that she brings to her columns transcends barriers.
— John Biscello - Riot Material

An excellent collection for readers who enjoy commentaries and observations from a wise, entertaining, realistic writer.
— Joyce Sparrow - Library Journal