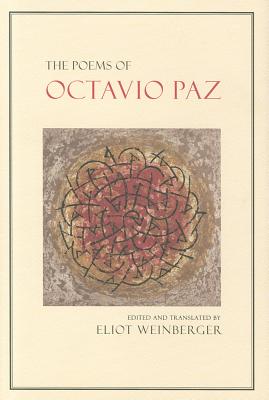 By Octavio Paz, Eliot Weinberger (Translated by)
Email orders@greenlightbookstore.com for information about this item.
Out of Print / Unavailable

Here at last is the first retrospective collection of Paz’s poetry to span his entire writing career, from the first published poem, at age seventeen, to his magnificent last poem; the whole is assiduously edited and translated by acclaimed essayist Eliot Weinberger — who has been translating Paz for over forty years.

In 1990, the Swedish Academy awarded Octavio Paz the Nobel Prize in Literature “for impassioned writing with wide horizons, characterized by sensuous intelligence and humanistic integrity.” Paz is “a writer for the entire world to celebrate” (Chicago Tribune), “the poet-archer who goes straight to the heart and mind, where the center of being is one” (Nadine Gordimer),“the living conscience of his age” (Mario Vargas Llosa), “a poet-prophet, a genius” (Harold Bloom). Here at last is the first retrospective collection of Paz’s poetry to span his entire writing career, from the first published poem, at age seventeen, to his magnificent last poem; the whole is assiduously edited and translated by acclaimed essayist Eliot Weinberger — who has been translating Paz for over forty years — with additional translations by several poet-luminaries. This edition includes many poems that have never been translated into English before, new translations based on Paz’s final revisions, and a brilliant capsule biography of Paz by Weinberger, as well as notes on the poems in Paz’s own words, taken from various interviews he gave throughout his life.

Octavio Paz (1914-1998) was born in Mexico City. He wrote many volumes of poetry, as well as a prolific body of remarkable works of nonfiction on subjects as varied as poetics, literary and art criticism, politics, culture, and Mexican history. He was awarded the Jerusalem Prize in 1977, the Cervantes Prize in 1981, and the Neustadt Prize in 1982. He received the German Peace Prize for his political work, and finally, the Nobel Prize for Literature in 1990.

Eliot Weinberger is an essayist, editor, and translator. He lives in New York City.

“Paz’s great achievement was to infuse thought into poetry and poetry into thought. He charged his prose with metaphorical lightning and his poetry with discursive lucidity.”
— Carlos Fuentes - The Los Angeles Times

The question of who or what writes a poem, which agency creates which pieces, even if none of the players is exactly automatic, takes us a long way into Paz’s work, handsomely represented in this new collection.
— The London Review of Books

That rarity, an authoritative translation that should get sustained U.S. attention, and that often sounds right read aloud.

"[Paz] believed in poetry's ability to cleanse our perception, free us from clichés of the mind and the body, and intensify experience."

The pleasure of this volume is the consistent, almost gentle voice that lays out for the reader Paz's convictions and questions. 'Gentle' though should not indicate easy of peaceful or unquestioning.  Paz raises his anxieties, doubts, and disruptions.  Rather it is the artfulness with which he does so that carries the reader along.