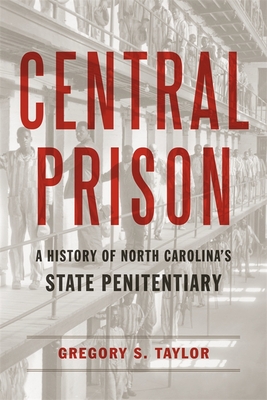 Gregory S. Taylor's Central Prison is the first scholarly study to explore the prison's entire history, from its origins in the 1870s to its status in the first decades of the twenty-first century. Taylor addresses numerous features of the state's vast prison system, including chain gangs, convict leasing, executions, and the nearby Women's Prison, to describe better the vagaries of living behind bars in the state's largest penitentiary. He incorporates vital elements of the state's history into his analysis to draw clear parallels between the changes occurring in free society and those affecting Central Prison. Throughout, Taylor illustrates that the prison, like the state itself, struggled with issues of race, gender, sectionalism, political infighting, finances, and progressive reform. Finally, Taylor also explores the evolution of penal reform, focusing on the politicians who set prison policy, the officials who administered it, and the untold number of African American inmates who endured incarceration in a state notorious for racial strife and injustice.

Central Prison approaches the development of the penal system in North Carolina from a myriad of perspectives, offering a range of insights into the workings of the state penitentiary. It will appeal not only to scholars of criminal justice but also to historians searching for new ways to understand the history of the Tar Heel State and general readers wanting to know more about one of North Carolina's most influential--and infamous--institutions.