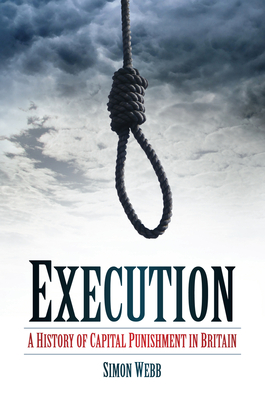 Judicial hanging is regarded by many as being the quintessential British execution. However, many other methods of capital punishment have been used in this country; ranging from burning, beheading, and shooting to crushing and boiling to death. Execution explores these types of executions in detail. Readers may be surprised to learn that a means of mechanical decapitation, the Halifax Gibbet, was being used in England five hundred years before the guillotine was invented. Boiling to death was a prescribed means of execution in this country during the Tudor period. From the public death by starvation of those gibbeted alive, to the burning of women for petit treason, this book examines some of the most gruesome passages of British history. This carefully researched, well-illustrated, and enthralling text will appeal to those interested in the history of British executions.

Simon Webb has written for various newspapers and magazines, including True Detective magazine, and is the author of Unearthing London: The Ancient World Beneath the Metropolis.