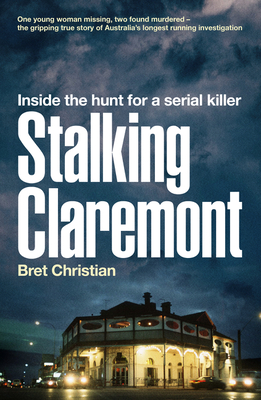 ∗∗ Winner of the Ned Kelly Award for True Crime∗∗

In the early hours of January 27, 1996, after an evening spent celebrating at Club Bayview in the Perth suburb of Claremont, 18-year-old Sarah Spiers called a taxi to nearby Mosman Park. But when the cab arrived, she'd already gone.

Four months later, on June 9, 1996, 23-year-old Jane Rimmer disappeared from the same area, her body later found in bushland south of Perth. When the body of a third young woman, 27-year-old Ciara Glennon, was found north of the city, having vanished from Claremont in August 1997, it was clear a serial killer was on the loose, and an entire city lived in fear he would strike again.

A massive manhunt focused first on taxi drivers, then the outspoken local mayor and a quiet public servant. However, almost 20 years later, Australia's longest and most expensive investigation had failed to make an arrest, until forensic evidence linked the murders to two previous attacks - and an unlikely suspect.

Stalking Claremont, by local newsman Bret Christian, is a riveting story of promising young lives cut short, a city in panic, an investigation fraught by oversights and red herrings, and a surprising twist that absolutely no one saw coming.