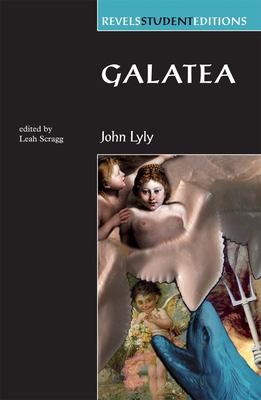 Devised as an entertainment for a Tudor monarch, Galatea might be seen, paradoxically, as a parable for our time. Inhabiting a world engaged in a process of change, the characters find themselves locked in a series of transgressive situations that speak directly to contemporary experience and twenty-first-century critical concerns. Same-sex relationships, shifts of authority, and the destabilization of meaning all lend the play a surprising modernity, making it at once the most accessible of Lyly's plays and the one most frequently performed today.

Designed for the student reader, Leah Scragg's edition offers a range of perspectives on the work. An extensive introduction locates the play in the context of the Elizabethan court, opening a window onto a kind of drama very different from that of more familiar sixteenth-century writers, such as Marlowe and Shakespeare. The latter's indebtedness to the play is fully documented, while detailed critical and performance histories allow an insight into the work's susceptibility to reinterpretation.

Leah Scragg is an Honorary Senior Research Fellow in the School of Arts, Histories and Cultures at the University of Manchester

"One can have no better guide to Galatea than the editor of the present convenient paperback edition, Leah Scragg, the leading Lyly scholar of our time. . . Her shrewd annotation, and her generous introduction that opens all the wavelengths that the play touches on, with fair-minded accounts of the stage history and of previous criticism, provide a lavish, indeed royal portal to an exquisite courtly comedy." -Peter Saccio, Around the Globe, Issue 54 (Summer 2013)

"The play is admirably edited for Revels Student Editions by Leah Scragg. The footnotes are clear and thorough, the introduction lucid and sophisticated, discussing a variety of topics and providing sufficient references to encourage further exploration." -Jean Wilson, The TLS, May 2013