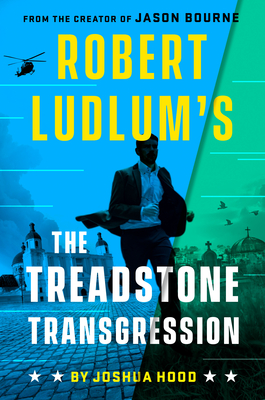 This is book number 3 in the A Treadstone Novel series.

A blown mission and a dead team leave Adam Hayes the last loose thread in a tapestry of betrayal in this latest high stakes international thriller from the world of Robert Ludlum.

The most pressing issue on Adam Hayes' mind is planning his son's upcoming 5th birthday party. After years of operating in the world's most dangerous spots for Treadstone, he's ready to call it quits, but the feeling isn't mutual.

Levi Shaw, Treadstone's director, calls Hayes back for one more mission. "It's a walk in the park. You don't even have to go in with the strike team. I just need you to set up the safe house. You'll be home in time to pick up the birthday cake."

But nothing is ever easy where Treadstone is concerned. When the mission is blown only Hayes is left alive, and everyone, it seems, is determined to correct that oversight.

Joshua Hood is the author of Warning Order and Clear by Fire. He graduated from the University of Memphis before joining the military and spending five years in the 82nd Airborne Division. On his return to civilian life he became a sniper team leader on a full-time SWAT team in Memphis, where he was awarded the lifesaving medal. Currently he works as the Director of Veteran Outreach for the American Warrior Initiative.

Robert Ludlum was the author of twenty-seven novels, each one a New York Times bestseller. There are more than 225 million of his books in print, and they have been translated into thirty-two languages. He is the author of the Jason Bourne series—The Bourne Identity, The Bourne Supremacy, and The Bourne Ultimatum—among other novels. Mr. Ludlum passed away in March 2001.