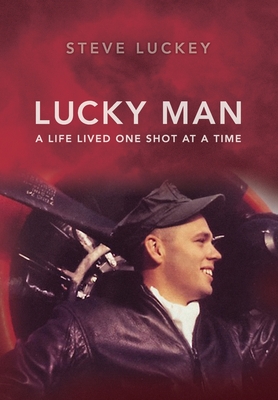 Lucky Man: A Life Lived One Shot at a Time is a memoir by Captain Stephen Luckey, an expert marksman, Marine fighter pilot, commercial airline pioneer, and aviation security expert. Over the course of Luckey's remarkable life, he served as a sniper, an FBI-trained operative, and as the Security Chair of the Airline Pilots Association where he helped form national security policy in the aftermath of the September 11th attacks. The book chronicles life and death experiences from his Pennsylvania childhood, his founding of the Kit Carson Scout program in the Vietnam War, his encounters with airline hijackers, and his work combatting international terrorism, all told with marksman-like deadpan humor.

From the book's introduction:

"I have survived firefights, assassination attempts, and mid-air collisions. I have looked into the eyes of skyjackers while they held innocent people hostage. I have spent more time than is natural in the presence of death. When my country called on the leadership of a gun-wielding, bare-knuckled, seat-of-the-pants pilot from the backwoods of Pennsylvania to help guide the war on terrorism, I was proud to answer the call."