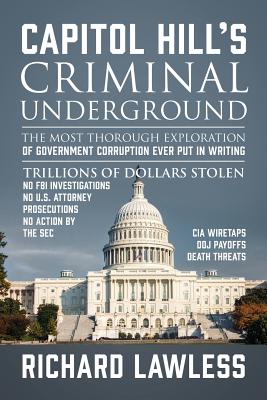 Richard Lawless's Capitol Hill's Criminal Underground: The Most Thorough Exploration of Government Corruption Ever Put in Writing is a no-holds-barred tell-all about the bad guys of Capital Hill and Wall Street, including the Department of Justice and the Securities and Exchange Commission.

After Lawless became a victim of these crimes, he used his decades as a senior and executive banker, backed by an MBA with a focus on finance and law, to break down the evidence in Capitol Hill's Criminal Underground. No names have been changed to protect the innocent because there are no innocent--except for the tens of millions of Americans who, like Lawless, had massive amounts of money stolen from them.

Capitol Hill's Criminal Underground is a story about one of the longest-running government-protected criminal enterprises in the history of the United States country. This is Lawless's attempt find justice for what happened to him--and to many readers as well.