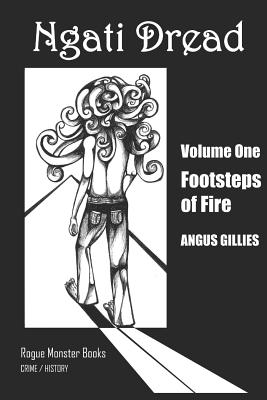 This is book number 1 in the Ngati Dread series.

When you talk about terrorism, most people in New Zealand think about problems overseas. But those in Gisborne and the East Coast merely cast their minds back to the Ruatoria Troubles. From 1985 until 1990 the township was terrorised by a cannabis-growing Maori sect calling itself the Rastafarians. Their story is one of the most bizarre chapters in modern New Zealand history. Yet most people have never heard of The Rastas or their reign of terror... until now.

Angus Gillies began his career in journalism at The Gisborne Herald in 1986. Every day it seemed the newspaper was filled with increasingly weird and outrageous stories about the Rastafarians. Since then he has always wanted to find out what really happened in Ruatoria and why. He later worked as a reporter for The Dominion, the Auckland Star and the Sunday News. He switched from print to television in 1993 and is currently a producer on 3 News. He has previously had published a novella, The Lizard Song, a book about New Zealand singer John Rowles and sports biographies on Justin Marshall, Matthew Ridge and Adam Parore. But he considers the three volumes that make up Ngati Dread his most important work to date.