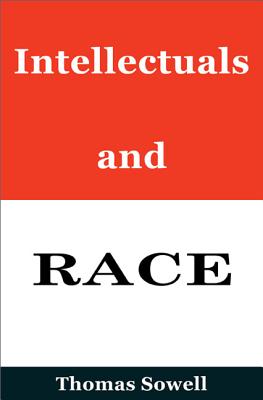 Intellectuals and Race is a radical book in the original sense of one that goes to the root of the problem. The role of intellectuals in racial strife is explored in an international context that puts the American experience in a wholly new light.

Intellectuals and Race is not, however, a book about history, even though it has much historical evidence, as well as demographic, geographic, economic and statistical evidence -- all of it directed toward testing the underlying assumptions about race that have prevailed at times among intellectuals in general, and especially intellectuals at the highest levels. Nor is this simply a theoretical exercise. The impact of intellectuals' ideas and crusades on the larger society, both past and present, is the ultimate concern. These ideas and crusades have ranged widely from racial theories of intelligence to eugenics to "social justice" and multiculturalism.

In addition to in-depth examinations of these and other issues, Intellectuals and Race explores the incentives, the visions and the rationales that drive intellectuals at the highest levels to conclusions that have often turned out to be counterproductive and even disastrous, not only for particular racial or ethnic groups, but for societies as a whole.

Thomas Sowell is a senior fellow at the Hoover Institution, Stanford University. He is the author of dozens of books including Charter Schools and Their Enemies, winner of the 2021 Hayek Book Prize. He is the recipient of numerous other awards, including the National Humanities Medal, presented by the President of the United States in 2003.

"Sowell brings an all-too-rare perspective to whatever he writes about -- that of a conservative black intellectual, especially valuable for this book's topic."—Pittsburgh Tribune-Review

"After reading Dr. Thomas Sowell's latest book, Intellectuals and Race, one cannot emerge with much respect for the reasoning powers of intellectuals, particularly academics, on matters of race. There's so much faulty logic and downright dishonesty."—New American

"I plunged into Thomas Sowell's latest book, Intellectuals and Race, immediately upon its arrival, but soon realized that I needed to slow down. Many writers express a few ideas with a great cataract of words. Sowell is the opposite. Every sentence contains at least one insight or fascinating statistic -- frequently more than one."—Mona Charen, Creator'sSyndicate