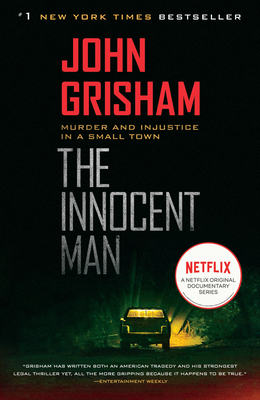 #1 NEW YORK TIMES BESTSELLER • John Grisham’s first work of nonfiction: a true crime story that will terrify anyone who believes in the presumption of innocence. • LOOK FOR THE NETFLIX ORIGINAL DOCUMENTARY SERIES

“Both an American tragedy and [Grisham’s] strongest legal thriller yet, all the more gripping because it happens to be true.”—Entertainment Weekly

In the town of Ada, Oklahoma, Ron Williamson was going to be the next Mickey Mantle. But on his way to the Big Leagues, Ron stumbled, his dreams broken by drinking, drugs, and women. Then, on a winter night in 1982, not far from Ron’s home, a young cocktail waitress named Debra Sue Carter was savagely murdered. The investigation led nowhere. Until, on the flimsiest evidence, it led to Ron Williamson. The washed-up small-town hero was charged, tried, and sentenced to death—in a trial littered with lying witnesses and tainted evidence that would shatter a man’s already broken life, and let a true killer go free.

Impeccably researched, grippingly told, filled with eleventh-hour drama, The Innocent Man reads like a page-turning legal thriller. It is a book no American can afford to miss.

John Grisham is the author of forty-seven consecutive #1 bestsellers, which have been translated into nearly fifty languages. His recent books include The Judge's List, Sooley, and his third Jake Brigance novel, A Time for Mercy, which is being developed by HBO as a limited series.

Grisham is a two-time winner of the Harper Lee Prize for Legal Fiction and was honored with the Library of Congress Creative Achievement Award for Fiction.

When he's not writing, Grisham serves on the board of directors of the Innocence Project and of Centurion Ministries, two national organizations dedicated to exonerating those who have been wrongfully convicted. Much of his fiction explores deep-seated problems in our criminal justice system.

John lives on a farm in central Virginia.

“Grisham has crafted a legal thriller every bit as suspenseful and fast-paced as his best-selling fiction.” —Boston Globe