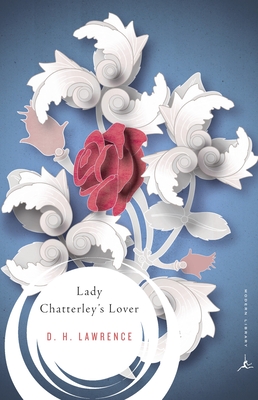 Inspired by the long-standing affair between D. H. Lawrence’s German wife and an Italian peasant, Lady Chatterley’s Lover follows the intense passions of Constance Chatterley. Trapped in an unhappy marriage to an aristocratic mine owner whose war wounds have left him paralyzed and impotent, Constance enters into a liaison with the gamekeeper Mellors. Frank Kermode called the book D. H. Lawrence’s “great achievement,” Anaïs Nin described it as “his best novel,” and Archibald MacLeish hailed it as “one of the most important works of fiction of the century.” Along with an incisive Introduction by Kathryn Harrison, this Modern Library edition includes the transcript of the judge’s decision in the famous 1959 obscenity trial that allowed Lady Chatterley’s Lover to be published in the United States.

Kathryn Harrison has written the novels Thicker Than Water, Exposure, Poison, The Binding Chair, The Seal Wife, Envy, and Enchantments. Her autobiographical work includes The Kiss, Seeking Rapture, The Road to Santiago, and The Mother Knot. She has also written a biography, Saint Thérèse of Lisieux, and a book of true crime, While They Slept. She lives in New York with her husband, the novelist Colin Harrison, and their three children.

"Nobody concerned with the novel in our century can afford not to read it." —Lawrence Durrell