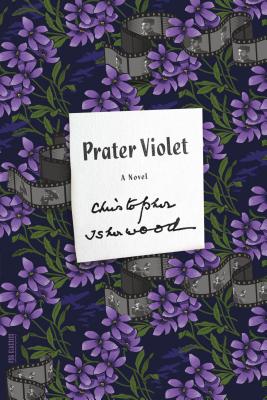 By Christopher Isherwood
$15.00
Email orders@greenlightbookstore.com for information about this item.

"Prater Violet is the most charming novel I have read in a long time." —Diana Trilling

Originally published in 1945, Christopher Isherwood's Prater Violet is a stingingly satirical novel about the film industry. It centers around the production of the vacuous fictional melodrama Prater Violet, set in nineteenth-century Vienna, providing an ironic counterpoint to tragic events as Hitler annexes the real Vienna of the 1930s. The novel features vivid portraits of the imperious, passionate, and witty Austrian director Friedrich Bergmann and his disciple, a genial young screenwriter—the fictionalized Christopher Isherwood.

Christopher Isherwood (1904-1986) was born outside of Manchester, England. His life in Berlin from 1929 to 1933 inspired The Berlin Stories, which were adapted into a play, a film, and the musical Cabaret. Isherwood immigrated to the United States in 1939. A major figure in twentieth-century fiction and the gay rights movement, he wrote more than twenty books, including the novel A Single Man and his autobiography, Christopher and His Kind.

“Prater Violet, in my view, is one of the best short novels in English written in this century.” —Stanley Kauffman, The New Republic

“Prater Violet resembles the episodes in Goodbye to Berlin and keeps up the same high level of excellence.” —Edmund Wilson, The New Yorker