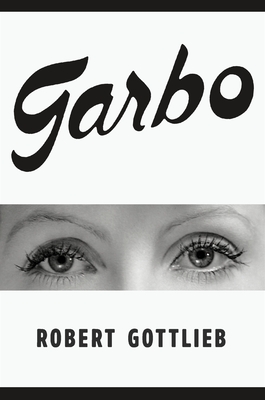 Award-winning master critic Robert Gottlieb takes a singular and multifaceted look at the life of silver screen legend Greta Garbo, and the culture that worshiped her.

“Wherever you look in the period between 1925 and 1941,” Robert Gottlieb writes in Garbo, “Greta Garbo is in people’s minds, hearts, and dreams.” Strikingly glamorous and famously inscrutable, she managed, in sixteen short years, to infiltrate the world’s subconscious; the end of her film career, when she was thirty-six, only made her more irresistible. Garbo appeared in just twenty-four Hollywood movies, yet her impact on the world—and that indescribable, transcendent presence she possessed—was rivaled only by Marilyn Monroe’s. She was looked on as a unique phenomenon, a sphinx, a myth, the most beautiful woman in the world, but in reality she was a Swedish peasant girl, uneducated, naïve, and always on her guard. When she arrived in Hollywood, aged nineteen, she spoke barely a word of English and was completely unprepared for the ferocious publicity that quickly adhered to her as, almost overnight, she became the world’s most famous actress.

In Garbo, the acclaimed critic and editor Robert Gottlieb offers a vivid and thorough retelling of her life, beginning in the slums of Stockholm and proceeding through her years of struggling to elude the attention of the world—her desperate, futile striving to be “left alone.” He takes us through the films themselves, from M-G-M’s early presentation of her as a “vamp”—her overwhelming beauty drawing men to their doom, a formula she loathed—to the artistic heights of Camille and Ninotchka (“Garbo Laughs!”), by way of Anna Christie (“Garbo Talks!”), Mata Hari, and Grand Hotel. He examines her passive withdrawal from the movies, and the endless attempts to draw her back. And he sketches the life she led as a very wealthy woman in New York—“a hermit about town”—and the life she led in Europe among the Rothschilds and men like Onassis and Churchill. Her relationships with her famous co-star John Gilbert, with Cecil Beaton, with Leopold Stokowski, with Erich Maria Remarque, with George Schlee—were they consummated? Was she bisexual? Was she sexual at all? The whole world wanted to know—and still wants to know.

In addition to offering his rich account of her life, Gottlieb, in what he calls “A Garbo Reader,” brings together a remarkable assembly of glimpses of Garbo from other people’s memoirs and interviews, ranging from Ingmar Bergman and Tallulah Bankhead to Roland Barthes; from literature (she turns up everywhere—in Hemingway’s For Whom the Bell Tolls, in Evelyn Waugh, Graham Greene, and the letters of Marianne Moore and Alice B. Toklas); from countless songs and cartoons and articles of merchandise. Most extraordinary of all are the pictures—250 or so ravishing movie stills, formal portraits, and revealing snapshots—all reproduced here in superb duotone. She had no personal vanity, no interest in clothes and make-up, yet the story of Garbo is essentially the story of a face and the camera. Forty years after her career ended, she was still being tormented by unrelenting paparazzi wherever she went.

Robert Gottlieb has been the editor-in-chief of Simon and Schuster, the head of Alfred A. Knopf, and the editor of The New Yorker. He has contributed frequently to The New York Times Book Review, The New Yorker, and The New York Review of Books and is the author of Great Expectations: The Sons and Daughters of Charles Dickens, George Balanchine: The Ballet Maker, Sarah: The Life of Sarah Bernhardt, and Avid Reader: A Life. In 2015, he was presented with the Award for Distinguished Service to the Arts by the American Academy of Arts and Letters.

"[An] ardent and wise investigative portrait . . . Once Garbo steps in front of the camera, Gottlieb's book comes gloriously into its own, a tour through a career offered by a shrewd, deeply perceptive docent, brimming with knowledge and insight . . . This is what we want film books to do—to send us to the work with sharper eyes and more open minds." —Mark Harris, The New York Times Book Review

"Much has been written about Garbo over the years, but Gottlieb, a former editor of this magazine, has produced a particularly charming, companionable, and clear-eyed guide to her life and work . . . By the end of the biography, I felt I understood Garbo better as a person, without the aura of mystery around her having been entirely dispelled—and, at this point, who would want it to be?" —Margaret Talbot, The New Yorker

"[Garbo] is great fun to read, providing a chatty, urbane overview and a lot of unabashed opinions." —Donna Rifkind, The Wall Street Journal

"The why and wherefore of [Garbo's] extraordinary life and career is masterfully told in Robert Gottlieb’s new book, Garbo, handsomely published by Farrar, Straus and Giroux, with more than 250 splendid duotone photos, an extremely thorough filmography (including, unusually, production costs and shooting schedules, box-office grosses, profits, and losses)—all part of a terrific 100-page “Garbo Reader,” which concludes the volume and harks back to Gottlieb’s influential days as editor of The New Yorker, editor in chief of Simon & Schuster, and head of Alfred A. Knopf." —Peter Bogdanovich, Air Mail

"A classic movie lover's dream . . . Enriching his insightful reconsideration of Garbo’s life and career are wonderful photos, a selection of essays from the past, and anecdotes from those who encountered the enigmatic star . . . [Gottlieb] brings to life Garbo’s time and place—particularly Europe, Hollywood and America between world wars—and fills her story with other unique characters. It’s fascinating from beginning to end." —Douglass K. Daniel, Associated Press

"A lively new appraisal of [Garbo's] life and films . . . Gottlieb seems for this project to have consumed everything written in English about Garbo and her circle." —The Boston Globe

"[An] astute and entertaining book." —The Economist

"[A] searching and sensitive portrait of the actor . . . [A] perfectly paced account . . . [A] masterful look at an elusive Hollywood giant." —Publishers Weekly (starred review)

"Gottlieb delivers a nuanced portrait of Swedish-born actor Greta Garbo . . . A searching life study that ought to rekindle interest in an unhappy yet brilliant artist." —Kirkus Reviews (starred review)

"This comprehensive biography may be the final word [on Garbo] . . . Gottlieb’s research is so complete and his style so engaging that this book almost reads like an oral biography told through a singular voice . . . A brilliantly written and constructed portrait of a true icon of the cinema." —Library Journal (starred review)