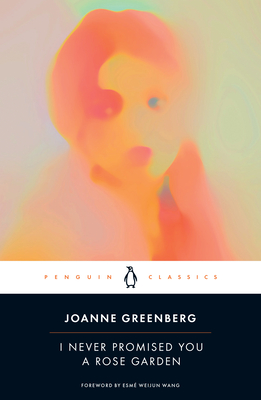 The multimillion-copy bestselling modern classic of autobiographical fiction about a young woman’s struggle with mental health, featuring a new foreword by Esmé Weijun Wang, the New York Times bestselling author of The Collected Schizophrenias, and a new afterword by the author

After making an attempt on her own life, sixteen-year-old Deborah Blau is diagnosed with schizophrenia. With the reluctant and fearful consent of her parents, she enters a psychiatric hospital many hours from her home in suburban Chicago. Here she will spend the next three years, trying, with the help of a gifted psychiatrist, to find a path back to her “normal” life, and to emerge from the imaginary Kingdom of Yr in which she has sought refuge.

A semiautobiographical novel originally published under the pen name Hannah Green just a year after Sylvia Plath’s The Bell Jar--a very different portrait of psychological breakdown--I Never Promised You a Rose Garden remains, more than half a century later, a timeless and ultimately hopeful book, ripe for rediscovery by a new generation eager to erase the stigma of mental illness.

For more than seventy-five years, Penguin has been the leading publisher of classic literature in the English-speaking world. With more than 2,000 titles, Penguin Classics represents a global bookshelf of the best works throughout history and across genres and disciplines. Readers trust the series to provide authoritative texts enhanced by introductions and notes by distinguished scholars and contemporary authors, as well as up-to-date translations by award-winning translators.

Joanne Greenberg is an internationally renowned, award-winning author of sixteen novels and four collections of short stories. Born in Brooklyn, New York, she graduated from American University, where she majored in anthropology and English, and also studied at the University of London and the University of Colorado. Her second novel, I Never Promised You a Rose Garden, published in 1964, has sold millions of copies and was adapted into a 1977 movie and a 2004 play of the same name. Greenberg lives with her husband, Albert, near Lookout Mountain, Colorado, where she writes daily, tutors Latin and Hebrew, is active in the Beth Evergreen congregation, has been an adjunct professor of cultural anthropology and fiction writing at the Colorado School of Mines, and has volunteered as an EMT.

Esmé Weijun Wang (foreword) is the New York Times bestselling author of the essay collection The Collected Schizophrenias and the novel The Border of Paradise. She received the Whiting Award in 2018 and was named one of Granta’s Best of Young American Novelists of 2017. She holds an MFA from the University of Michigan and lives in San Francisco.

“I adore this book. . . . I continue to marvel at how Greenberg makes visceral the agony of psychosis. . . . [She] is not afraid to challenge the reader with a true view of the so-called sane world, to hold a crazy candle to reality, and to say, What can we see now? Is the darkness only inside, or is it outside, too?” ―Esmé Weijun Wang, from the Foreword

“A fearless coming-of-age novel . . . When I was 16 years old, I found a brittle mass-market-paperback edition of Joanne Greenberg’s I Never Promised You a Rose Garden. . . . I inhaled the book . . . and, as one did, promptly shared it with a friend. . . . When I passed along my copy . . . I wasn’t making a statement about depression or mental illness. I was trying to share the story of a girl like the two of us, who is scared and lost, but survives. . . . I continue to take comfort in the power of Greenberg’s book . . . to have said things I couldn’t say. . . . Today’s teenagers have access to a much wider range of resources than I did to help them deal with the difficulty of adolescence. But they might still find something relatable, and useful, in books like Greenberg’s—which champions nonlinear journeys and tough, humane conversations about growing up. The enduring dignity it gives to so many facets of girlhood secures its place as a classic.” ―Lauren LeBlanc, The Atlantic

“The life and wit in this book jump right off the page.” ―Vanity Fair

“A rare and wonderful insight into the dark kingdom of the mind.” ―Chicago Tribune

“[Joanne Greenberg] is a living example of someone who refused the fate prescribed to her and chose instead to be many other things: clever, attentive, kind, iconoclastic, and the author of more than fifteen books on wildly varying topics. Her life as a recovered patient is not a glamorous or a tragic or a particularly scary one--but it might be a truer one.” ―The New Republic

“Captur[es] something about the peculiar anxieties associated with being young, and [offers] a lens through which to better understand the symptoms and complexities of mental illness.” ―Oprah Daily

“Striking . . . Provides an important step on that journey for us all . . . [to understand] severe mental health problems.” ―The Guardian

“A mov­ing nov­el of per­se­ver­ance against life’s strug­gles . . . [This] new edi­tion under the Pen­guin Clas­sics imprint . . . pro­vides a frame­work for more com­plex under­stand­ings of the nov­el—espe­cial­ly when it comes to its por­tray­al of men­tal health issues and Jew­ish­ness. . . . [It] facil­i­tates mean­ing­ful dis­cus­sion about the con­nec­tions between anti­semitism, gen­er­a­tional trau­ma, and men­tal health.” ―Jewish Book Council