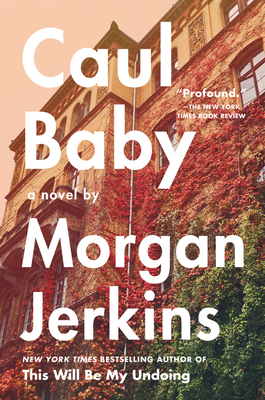 Now in paperback, New York Times bestselling author Morgan Jerkins's fiction debut,  an electrifying novel for fans of Ta-Nehisi Coates and Jacqueline Woodson, that brings to life one powerful and enigmatic family in a tale rife with secrets, betrayal, intrigue, and magic.

Laila desperately wants to become a mother, but each of her previous pregnancies has ended in heartbreak. This time has to be different, so she turns to the Melancons, an old and powerful Harlem family known for their caul, a precious layer of skin that is the secret source of their healing power.

When a deal for Laila to acquire a piece of caul falls through, she is heartbroken, but when the child is stillborn, she is overcome with grief and rage. What she doesn’t know is that a baby will soon be delivered in her family—by her niece, Amara, an ambitious college student—and delivered to the Melancons to raise as one of their own. Hallow is special: she’s born with a caul, and their matriarch, Maman, predicts the girl will restore the family’s prosperity.

Growing up, Hallow feels that something in her life is not right. Did Josephine, the woman she calls mother, really bring her into the world? Why does her cousin Helena get to go to school and roam the streets of New York freely while she’s confined to the family’s decrepit brownstone?

As the Melancons’ thirst to maintain their status grows, Amara, now a successful lawyer running for district attorney, looks for a way to avenge her longstanding grudge against the family. When mother and daughter cross paths, Hallow will be forced to decide where she truly belongs.

Engrossing, unique, and page-turning, Caul Baby illuminates the search for familial connection, the enduring power of tradition, and the dark corners of the human heart.

Morgan Jerkins is the author of Wandering in Strange Lands and the New York Times bestseller This Will Be My Undoing and a Senior Culture Editor at ESPN’s The Undefeated. Jerkins is a visiting professor at Columbia University and a Forbes 30 Under 30 leader in media, and her short-form work has been featured in the New Yorker, the New York Times, the Atlantic, Rolling Stone, Elle, Esquire, and the Guardian, among many other outlets. She is based in Harlem.

"Caul Baby is a deeply inventive meditation on survival and inheritance. Morgan writes about the intricacies of Black motherhood in a way that is tender and at times, magic." — Raven Leilani, New York Times bestselling author of Luster

“This magical novel brings together the weight of tradition and the power of family.” — NBC News

“Caul Baby gave me chills almost every time I turned the page. . . . The book traces a legacy of Black, female pain through the somewhat softening lens of magical realism. It’s an unsparing take on the ramifications of trauma on Black American women, and Jerkins manages it as a spellbinding story, the farthest possible thing from a lecture.” — Glamour

“A fascinating, of-the-moment story about the intersection of motherhood, power, and community.” — Real Simple

“The astounding talent behind nonfiction must-reads This Will Be My Undoing and Wandering in Strange Lands turns to fiction with Caul Baby. . . . An exhilarating tale of family, belonging, and bodies, this promises to be one of the most exciting releases of the year.” — Elle

“Jerkins, a bestselling nonfiction writer, applies her scrupulous prose and storytelling prowess to the realm of fiction in her beguiling debut novel.” — Oprah Daily

“This engrossing story is rich with mystery, page-turning tension and the powerful ways family can hold us even in toxic circumstances.”  — Good Housekeeping

Morgan Jerkins' fantastic, expansive novel of mothers and daughters and Harlem, Caul Baby, is a meditation on the limits of inheritance and legacy. It's also a love letter to a rapidly changing neighborhood. — Kaitlyn Greenidge, author of Libertie and We Love You, Charlie Freeman

“Excellent. . . . an audacious debut novel, telling a powerful family tale that does not shy away from the dark reaches of capitalism, greed, gentrification, tradition, and ownership. It is a moving piece of fiction that showcases the very best of what the author has learned from her previous work in nonfiction and expounds on that foundation in a way that only someone as skilled and multifaceted as Jerkins could pull off.” — Shondaland

“Jerkins’s incisive social commentary shines through in her fiction debut Caul Baby. . . . Laced with generational pain and sprinkled with magic, Caul Baby is a sweeping family drama with no shortage of action. During a pandemic that has laid bare a nation’s inequities, Jerkins’s work feels more relevant than ever. . . a blazingly original debut.”  — Chicago Review of Books

“A multilayered reflection of contemporary dilemmas with a touch of magic realism. . . . Readers are taken through a spectrum of emotions with a satisfying payoff. On the heels of her excellent memoir Wandering in Strange Lands, Jerkins solidifies herself as one of our guiding literary lights.” — Booklist (starred review)

“Ambitious and unique. . . . Caul Baby is like nothing I’ve read before. It has historical references but is overwhelmingly a book of our time. It delivers a story that weaves the nuance of Black womanhood with intergenerational struggles and triumphs and the heartache of contemporary racial injustice.” — New York Journal of Books

“An expansive, folklorish tale of two families—both headed by Black matriarchs—that intertwine for over 20 years. . . . Caul Baby hones in on the power of a healing legend in a community systematically ignored and harmed by the medical establishment. . . . Jerkins’ debut novel asks what it means to be a mother and emphasizes that a community’s care for its own can be the most radical form of love.”  — Bust

“A decades-long exploration of the gentrification of Harlem, the ethics of non-traditional family-making, the enduring power of tradition and more.” — PureWow

"A captivating story on the bonds between mothers and daughters and a powerful meditation on secrets, gentrification, family legacy, and more. A must-read.?" — Hey Alma

This Will Be My Undoing: “Without turning linguistic or lyrical cartwheels, Jerkins lucidly articulates social dynamics that have dictated the realities of American black women for centuries…. Indeed, [This Will Be My Undoing] is a book I wish everyone in this country would read.”   — New York Times Book Review

This Will Be My Undoing: “In Morgan Jerkins’s remarkable debut essay collection, This Will Be My Undoing, she is a deft cartographer of black girlhood and womanhood. From one essay to the next, Jerkins weaves the personal with the public and political in compelling, challenging ways. Her prodigious intellect and curiosity are on full display throughout this outstanding collection. The last line of the book reads, ‘You should’ve known I was coming,’ and indeed, in this, too, Jerkins is prescient. With this collection, she shows us that she is unforgettably here, a writer to be reckoned with.”  — Roxane Gay