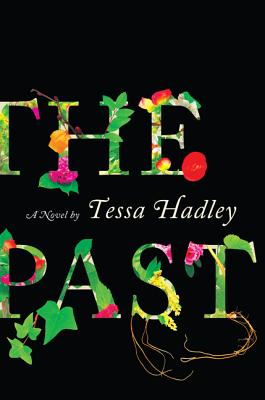 By Tessa Hadley
$26.99
Email orders@greenlightbookstore.com for information about this item.

“A novel about a family vacation is often used as a device to bring out the worst flaws of the characters; here, it is used to bring out the best of Hadley's writing talent. She brings the family together, introducing them one by one: Harriet, the outdoorsy one; Alice, the dramatic one; Fran, the motherly one; Roland, the scholarly brother. The siblings, along with assorted children, spouses, and a young friend, spend three weeks in the crumbling house that belonged to their grandparents, trying to decide what must be done with it. Readers who enjoy character-driven novels, such as ones by Kate Atkinson, Margaret Drabble, or Jane Gardam, will welcome this novel.”
— Yvette Olson (W), Magnolia's Bookstore, Seattle, WA

In her most accessible, commercial novel yet, the “supremely perceptive writer of formidable skill and intelligence (New York Times Book Review) turns her astute eye to a dramatic family reunion, where simmering tensions and secrets come to a head over three long, hot summer weeks.

With five novels and two collections of stories, Tessa Hadley has earned a reputation as a fiction writer of remarkable gifts. She brings all of her considerable skill and an irresistible setup to The Past, a novel in which three sisters, a brother, and their children assemble at their country house.

These three weeks may be their last time there; the upkeep is prohibitive, and they may be forced to sell this beloved house filled with memories of their shared past (their mother took them there to live when she left their father). Yet beneath the idyllic pastoral surface, hidden passions, devastating secrets, and dangerous hostilities threaten to consume them.

Over the course of this summer holiday, the family’s stories and silences intertwine, small disturbances build into familial crises, and a way of life—bourgeois, literate, ritualized, Anglican—winds down to its inevitable end.

With subtle precision and deep compassion, Tessa Hadley brilliantly evokes a brewing storm of lust and envy, the indelible connections of memory and affection, the fierce, nostalgic beauty of the natural world, and the shifting currents of history running beneath the surface of these seemingly steady lives. The result is a novel of breathtaking skill and scope that showcases this major writer’s extraordinary talents.

Tessa Hadley is the author of six highly acclaimed novels, including Clever Girl and The Past, as well as three short story collections, most recently Bad Dreams and Other Stories, which won the Edge Hill Short Story Prize. Her stories appear regularly in The New Yorker; in 2016 she was awarded the Windham Campbell Prize and the Hawthornden Prize. She lives in London.

“Exquisite…. For anyone who cherishes Anne Tyler and Alice Munro, the book offers similar deep pleasures. Like those North American masters of the domestic realm, Hadley crystallizes the atmosphere of ordinary life in prose somehow miraculous and natural.... Extraordinary.” — Ron Charles, Washington Post

“From the coziest and most familiar of fictional materials, Hadley has created a remarkable story as disturbing as it is diverting.” — Maureen Corrigan, NPR's Fresh Air

“Hadley is so insightful, such a lovely writer, that she pulls you right into the tangle of wires that connect and trip up the stressed siblings. She makes you feel for these imperfect people, want to scold them, and ultimately accept them as they are. Just like family.” — People, Book of the Week

“A novel so evocative of summer and adolescence that to read it is to reexperience the deep languor and longing of those days…. We come to understand that the past... is merely yesterday’s present.... It is that revelation that elevates the novel, deepening our own understanding of what shapes us.” — Tayari Jones, O Magazine

“Tessa Hadley recruits admirers with each book. She writes with authority, and with delicacy: she explores nuance, but speaks plainly; she is one of those writers a reader trusts.” — Hilary Mantel, author of Wolf Hall and Bring Up the Bodies

“Deliciously precise.... Built in a Chekhovian manner, handily assembling the grown members of an extended family and their offspring under one roof.... Hadley is adept at delineating the Cranes’ brand of cultured middle-class Britishness in all its generational mutations.” — Fernanda Eberstadt, New York Times Book Review

“Few writers have been as important to me as Tessa Hadley. She puts on paper a consciousness so visceral, so fully realized, it heightens and expands your own. She is a true master, and The Past is a big, brilliant novel: sensual, wise, compelling—and utterly magnificent.” — Lily King, author of Euphoria

“Each player... is so distinct, so warmly dimensional you soon feel you know them as well as they know each other. This alone... is a marvel. More marvelous still is Hadley’s seamless, steady control, moving individual and collective stories forward and backward in time - a splendid work.” — Joan Frank, San Francisco Chronicle

“Universal in its appeal and its intuitive ways of revealing how human nature, even our own, can surprise us…. Readers…should prepare themselves…for the beautiful cadences of Hadley’s descriptive, lyrical prose.” — Connie Ogle, Miami Herald

“Hadley is so perceptive… that it can feel like she’s revealing little secrets about life that it would have taken you years to notice on your own. A-” — Isabella Biedenharn, Entertainment Weekly

“Hadley’s beautifully composed new novel... recalls Elizabeth Bowen’s The House in Paris in its dovetailing story lines, but the author’s genius for the thorny comforts of family... are entirely her own.” — Megan O'Grady, Vogue

“I find Tessa Hadley’s work genuinely helpful, especially when it comes to the big subjects: love and marriage, the political versus the personal, children, friendship. And then there are the sentences themselves, so precise and beautiful, often sly, sometimes devastating, always expertly paced. Few writers give me such consistent pleasure.” — Zadie Smith, author of NW

“Chekhovian by way of a modern-day British pastoral…. Hadley moves deftly back and forth between eras and generations…. As in Chekhov’s dramas, The Past is a stage on which nothing much happens, brilliantly, even as everything slowly disintegrates.” — Boris Kachka, New York

“I finished ‘The Past’ sadly — why did it have to end? — with a sense that I had understood something profound about both Hadley’s characters, and my own life. Many readers will, I suspect, in the presence of this exhilarating novel feel the same.” — Margot Livesey, Boston Globe

“Hadley glides like a familiar spirit through the rooms of the house and the perspectives of her characters…. Her novels have a moral spaciousness that gives their ordinary settings and conflicts a philosophical range.... “The Past” shows Ms. Hadley’s gifts in fine fettle.” — Sam Sacks, Wall Street Journal

“Hadley’s novel is the kind of observant, bittersweet book whose pleasures defy plot summaries....With Hadley’s wry insights and gorgeous sentences, readers, like Alice, will find themselves only too happy to be enfolded by ‘The Past.’” — Yvonne Zipp, Christian Science Monitor

“An immaculate prose stylist.” — Meg Wolitzer, author of The Interestings

“Hadley’s formidable storytelling talent and compassionate understanding of humanity pull us right into this beautifully told narrative…. A memorable novel that continues to resonate well after the reader has turned the last page, and makes us long for the next work of fiction by this outstanding English writer.” — Jim Carmin, Minneapolis Star Tribune

“No one writes family like Hadley.” — Megan O'Grady, Vogue.com

“A fresh take on a familiar story of fractious family reunions where old resentments resurface, new alliances form, and long-buried secrets are uncovered. A great read whether at the cottage or just dreaming of one.” — Barbara Love, Library Journal, starred review

“Masterful…. Captures the gentle tragedies of living, losses, and regrets…. Hadley is the patron saint of ordinary lives; her trademark empathy and sharp insight are out in force here.” — Kirkus, starred review

“Hadley’s prose is descriptively rich. She elevates the mundane via her keen understanding go people and the emotional complexities of marriages and families—secrets, subtle deceptions and loyalties.” — Kathleen Gerard, Shelf Awareness

“Placing fraught family relationships under the microscope, Hadley, wise and discerning, offers a subtle-yet-bold examination of complex emotional subtexts that have the power to bring kin together or destroy the bonds that would otherwise unite them.” — Carol Haggas, Booklist