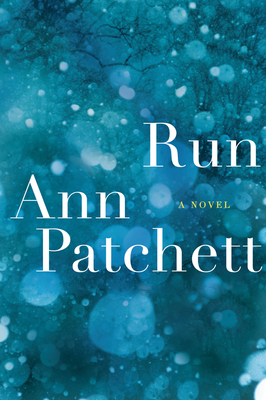 "Engaging, surprising, provocative and moving...a thoroughly intelligent book, an intimate domestic drama that nonetheless deals with big issues touching us all: religion, race, class, politics and, above all else, family." -- Washington Post

From New York Times bestselling author Ann Patchett comes an engrossing story of one family on one fateful night in Boston where secrets are unlocked and new bonds are formed.

Since their mother's death, Tip and Teddy Doyle have been raised by their loving possessive and ambitions father. As the former mayor of Boston, Bernard Doyle wants to see is sons in politics, a dream the boys have never shared. But when an argument in a blinding New England snowstorm inadvertently causes an accident that involves a stranger and her child, all Bernard Doyle cares about is his ability to keep his children--all his children--safe.

Set over a period of twenty-four hours, Run takes us from the Museum of Comparative Zoology at Harvard to a home for retired Catholic Priests in downtown Boston. It shows us how worlds of privilege and poverty can coexist only blocks apart from each other, and how family can include people you've never even met. As an in her bestselling novel, Bel Canto, Ann Patchett illustrates the humanity that connects disparate lives, weaving several stories into one surprising and endlessly moving narrative. Suspenseful and stunningly executed, Run is ultimately a novel about secrets, duty, responsibility, and the lengths we will go to protect our children.

Ann Patchett is the author of several novels, works of nonfiction, and children's books. She has been the recipient of numerous awards including the PEN/Faulkner, the Women's Prize in the U.K., and the Book Sense Book of the Year. Her novel The Dutch House was a finalist for the Pulitzer Prize. Her work has been translated into more than thirty languages. TIME magazine named her one of the 100 Most Influential People in the World. She lives in Nashville, Tennessee, where she is the owner of Parnassus Books.

“Run is deeply moving and absorbing… What Patchett does so well here - as in Bel Canto - is put together a group of disparate people into an unexpected situation and investigate the consequences… Patchett has once again written an intelligent, thoughtful novel that oozes emotional intensity. She is the kind of storyteller who makes the reader sad to come to the last page.” — Financial Times

“Ann Patchett can be counted on to deliver novels rich in imaginative bravado and psychological nuance.” — Publishers Weekly

“...a brilliant exploration of the true nature of parenthood.” — Good Housekeeping

“...full of affection and respect, for her characters and for the world, which is why reading her feels so elegant and so satisfying.” — O magazine

“This author specializes in delving beneath the surface...RUN shimmers with its author’s rarefied eloquence, and with the deep resonance of her insights.” — New York Times

“...engaging, surprising, provocative and moving...a thoroughly intelligent book, an intimate domestic drama that nonetheless deals with big issues touching us all: religion, race, class, politics and, above all else, family.” — Washington Post